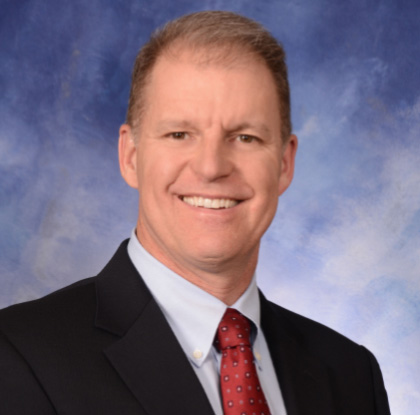 Mr. Rudnik's primary areas of concentration are family law and litigation. He is certified by the Supreme Court of New Jersey as a Matrimonial Law attorney based on his specific experience, the recommendations of other lawyers and judges, and the successful completion of a full-day written examination. He has substantial experience in litigation involving family law, personal injury, workers compensation, general commercial and municipal court matters. He has handled numerous complex arbitrations, mediations and trials. Mr. Rudnik is also qualified as a Mediator in the field of Family Law under the New Jersey Court rules, and he is trained in Collaborative Divorce.

Mr. Rudnik has successfully tried cases involving personal injuries and has argued motions resulting in the dismissal of fraudulent medical claims. He has also successfully argued motions dismissing claims against local government and public entities. He has written numerous briefs and argued many motions and appeals in the State Court, the Appellate Division and Federal Court.  His Workers' Compensation experience includes representing both public entities (respondents) in defending claims and individual workers (petitioners) in filing claims.

Mr. Rudnik has appeared frequently in Municipal Court both as a prosecutor and as defense counsel for individuals, saving clients points on their licenses, insurance surcharges and fines.

Mr. Rudnik is a 1990 graduate of the University of Notre Dame, where he received a Bachelor of Arts in government with a minor in business administration. While at Notre Dame, he received the "Best Undergraduate Research Paper" award from the Southwest Political Science Association for his senior thesis. Mr. Rudnik is a 1993 graduate of Villanova University School of Law. While in law school, he was chosen to be a member of the Villanova University School of Law Environmental Law Journal. Mr. Rudnik was also an elected officer in the Student Bar Association while in law school. He is admitted to both the New Jersey State Bar and the Pennsylvania State Bar.

After graduating from Villanova Law, Mr. Rudnik spent three years as an associate for a mid-sized firm in Cherry Hill, New Jersey. The focus of his practice was litigation, particularly insurance defense, and he developed trial and negotiation experience in several areas. He joined the firm of Gebhardt & Kiefer, P.C. as an Associate in April of 1997 and became a partner in January of 2004.

Mr. Rudnik is a member of the New Jersey State Bar Association Family Law Section, currently serves on the Family Law Section Executive Committee, and is a member of the Children's Rights Subcommittee.  He is also a member of the Hunterdon County Bar Association and is currently co-chair of the Family Practice Committee. He also serves on the District XIII Fee Arbitration Committee.  In addition, he is actively involved in the Mock Trial program. He has previously served as an attorney-coach and has acted as a judge in the competition.

Mr. Rudnik has also acted as the pro bono attorney for the Hunterdon County Society for the Prevention of Cruelty to Animals and has been involved in the Small Business Committee of the Hunterdon County Chamber of Commerce.  He was named to the NJ Super Lawyers list in 2018, 2019, 2020, 2021 and 2022*, and to the "New Jersey's Best Lawyers for Families" list, NJ Family magazine, 2019.*

Mr. Rudnik frequently lectures on attorney ethics, domestic violence, children's rights, and other family law topics. He is available to speak to groups on any general or specific family law topic upon request.

Listen to William Rudnik talk about Alternative Dispute Resolution during his interview on Impact Makers Radio.

How Do Courts Decide Alimony in NJ?

How Do Courts Decide Child Custody in NJ?

How Are Assets Divided in a Divorce Case in NJ?

Are Divorced Parents Obligated to Pay College Expenses for their Children in NJ?

*The Super Lawyers list is issued by Thomson Reuters. The selection methodology is described at www.superlawyers.com/about/selection_process_detail.html. The "New Jersey's Best Lawyers for Families" list is compiled by New Jersey Family magazine from reader nominations. No aspect of this advertisement has been approved by the Supreme Court of New Jersey.

"The Present Value of Property for Equitable Distribution Purposes," by William Rudnik, November 2018

“Litigating in a Manner to Maximize (or Minimize) an Attorney Fee Application Based on Yueh v. Yueh,” by William Rudnik

"What is Included in Child Support Under the Child Support Guidelines?,” by William J. Rudnik, New Jersey Family Lawyer, Vol. 36, No. 3, December 2015.