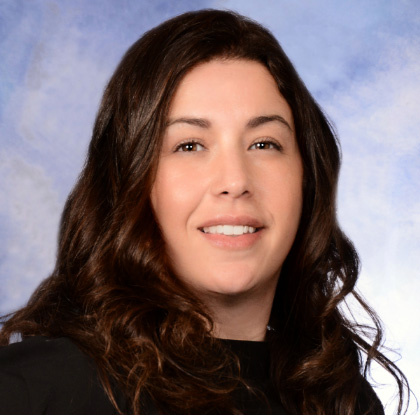 Over the past fifteen years, Ms. Fredericks has devoted her practice to matrimonial, divorce and family law, and continues to do so.  She is a certified Matrimonial Law Attorney by the Supreme Court of New Jersey.  She also serves as a divorce mediator, parent coordinator, guardian ad litem, and is collaboratively trained.

Ms. Fredericks works with clients whose needs lie in all areas of matrimonial and family law, including divorce litigation, mediation and arbitration, custody and parenting time issues, alimony and child support, property settlement agreements, domestic violence, and palimony.  Ms. Fredericks takes great pride and care in helping her clients make it through these difficult matters.

Ms. Fredericks is a member of the New Jersey State Bar Association (NJSBA) and has served on the organization's Board of Trustees.  Within the NJSBA, she sits on various committees, including the Family Law Executive Committee (Warren County liaison), the Continuing Legal Education Committee, the Meetings and Planning Committee, and the Finance & Operations Committee.  In addition, she serves as a Trustee for the NJSBA Women in the Profession Section.  Ms. Fredericks is one of only ten attorneys statewide to be named to the NJSBA Leadership Academy class of fellows for 2016 - 2017.

Ms. Fredericks is also a past trustee and past president of the Hunterdon County Bar Association.  She serves as an Early Settlement Panelist (ESP) in Hunterdon and Warren Counties, and she has also served as a parent coordinator, both Court appointed and privately.  In addition, Ms. Fredericks formerly served as the chairperson of the District XIII Fee Arbitration Committee and also served on the District XIII Ethics Committee.  She also was reappointed to the NJ Supreme Court’s Committee on the Unauthorized Practice of Law for a third three-year term beginning January 1, 2023, and to the Supreme Court State Domestic Violence Working Group for its 2021-2023 term.

"Diana Fredericks is an outstanding attorney. She is professional, personable, thorough, and straight to the point. She knows how to get the job done. Diana has been my attorney for over 2 years and has handled many post divorce motions regarding custody and support issues. She is very well versed in the law and handles herself well in the courtroom. Her motions are well written and she has obtained favorable results for me in each instance. She is a good listener and adviser. I highly recommend her for family law matters." -- Lori

"Diana personally returns calls immediately. Diana responds to emails immediately. Diana has a professional touch in everything she does. Diana never wastes your money, every penny counts. I've been trying to get divorced for over 3 years. Diana took my case 6 months ago and I've gotten more accomplished in 6 months than in 3 years. I am very lucky to find her." -- Michael

"Diana was very organized, knew what to ask and what to say, and was highly effective communicating with the other lawyer and all parties involved. She produced a plan, explained the plan, adjusted the plan when needed, and helped me achieve a fair divorce at the lowest cost possible. Two other lawyers just wasted my time and money." -- John
Videos by Diana Fredericks:
How Long Does It Take to Get Divorced and How Much Does It Cost in NJ?
When and How Should I File for Divorce in NJ?
Can I Receive Financial Support Before I File for Divorce?
Will I Have to Disclose My Finances as Part of My Divorce?
Can I Move Out of NJ With My Children After a Divorce?
Read articles about family law by Diana Fredericks and other attorneys on the Gebhardt & Kiefer Family Law Blog.

*The Super Lawyers list is issued by Thomson Reuters. The selection methodology is described at www.superlawyers.com/about/selection_process_detail.html.  The "New Jersey's Best Lawyers for Families" list is compiled by New Jersey Family magazine from reader nominations.  No aspect of this advertisement has been approved by the Supreme Court of New Jersey.

1Results may vary depending on your particular facts and legal circumstances.

Read articles about family law by Diana Fredericks and other attorneys on the Gebhardt & Kiefer Family Law Blog.